The World in Perpetual Motion 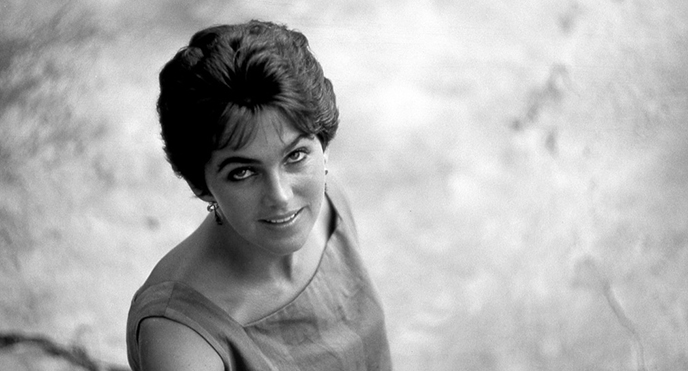 A Manual for Cleaning Women compiles the best work of the legendary short-story writer Lucia Berlin. With the grit of Raymond Carver, the humor of Grace Paley, and a blend of wit and melancholy all her own, Berlin crafts miracles from the everyday, uncovering moments of grace in the Laundromats and halfway houses of the American Southwest, in the homes of the Bay Area upper class, among switchboard operators and struggling mothers, hitchhikers and bad Christians. Stephen Emerson edited the collection and we are pleased to present his introduction to Berlin’s important work.

Birds ate all the hollyhock and larkspur seeds I planted . . . sitting together all in a row like at a cafeteria.
—Letter to Stephen Emerson, May 21, 1995

Lucia Berlin was as close a friend as I’ve ever had. She was also one of the most signal writers I’ve ever encountered.

The latter fact is what I want to write about here. Her extraordinary life—its color, its afflictions, and the heroism she showed especially in the fight against a brutal drinking habit—is evoked in the biographical note at the back of A Manual for Cleaning Women.

Lucia’s writing has got snap. When I think of it, I sometimes imagine a master drummer in motion behind a large trap set, striking ambidextrously at an array of snares, tom-toms, and ride cymbals while working pedals with both feet.

It isn’t that the work is percussive, it’s that there’s so much going on.

The prose claws its way off the page. It has vitality. It reveals.

An odd little electric car, circa 1950: “It looked like any other car except that it was very tall and short, like a car in a cartoon that had run into a wall. A car with its hair standing on end.”

The car was tall and short. Elsewhere, outside Angel’s Laundromat, where the travelers go:

You always dressed carefully . . . Stockings with seams. A peach satin slip you let show a little on purpose, just so those peasants would know you wore one. A chiffon dress with shoulder pads, a brooch with tiny diamonds. And your coat. I was five years old and even then knew that it was a ratty old coat. Maroon, the pockets stained and frayed, the cuffs stringy.

What her work has, is joy. A precious commodity, not encountered all that often. Balzac, Isaac Babel, García Márquez come to mind.

When prose fiction is as expansive as hers, the result is that the world gets celebrated. Out through the work, a joy radiating off the world. It is writing continuous with the irrepressibility of—humanity, place, food, smells, color, language. The world seen in all its perpetual motion, its penchant to surprise and even delight.

It has nothing to do with whether the author is pessimistic or not, whether the events or feelings evoked are cheerful. The palpability of what we’re shown is affirmative:

People in cars around us were eating sloppy things. Watermelons, pomegranates, bruised bananas. Bottles of beer spurted on ceilings, suds cascaded on the sides of cars . . . I’m hungry, I whined. Mrs. Snowden had foreseen that. Her gloved hand passed me fig newtons wrapped in talcumy Kleenex. The cookie expanded in my mouth like Japanese flowers.

About this “joy”: no, it is not omnipresent. Yes, there are stories of unalloyed bleakness. What I have in mind is the overriding effect.

Consider “Strays.” Its ending is as poignant as a Janis Joplin ballad. The addict-girl, ratted out by a ne’er-do-well lover who’s a cook and trustee, has stuck to the program, gone to group, and been good. And then she flees. In a truck, alongside an old gaffer from a TV production crew, she heads toward the city:

We got to the rise, with the wide valley and the Rio Grande below us, the Sandia Mountains lovely above.

“Mister, what I need is money for a ticket home to Baton Rouge. Can you spare it, about sixty dollars?”

“Easy. You need a ticket. I need a drink. It will all work out.”

Also like a Janis Joplin ballad, that ending has lilt.

Of course, at the same time, a riotous humor animates Lucia’s work. To the topic of joy, it is germane.

Example: the humor of “502,” which is an account of drunk driving that occurs—with no one behind the wheel. (The driver is asleep upstairs, drunk, as the parked car rolls down the hill.) Fellow drunk Mo says, “Thank the Lord you wasn’t in it, sister . . . First thing I did, I opened the door and said, ‘Where she be?’”

In another story, the mother: “‘She hated children. I met her once at an airport when all four of my kids were little. She yelled “Call them off!” as if they were a pack of Dobermans.'”

Unsurprisingly, readers of Lucia’s work have sometimes used the term “black humor.” I don’t see it that way. Her humor was too funny, and it had no axe to grind. Céline and Nathanael West, Kafka—theirs is a different territory. Besides, Lucia’s humor is bouncy.

But if her writing has a secret ingredient, it is suddenness. In the prose itself, shift and surprise produce a liveliness that is a mark of her art.

Her prose syncopates and hops, changes cadences, changes the subject. That’s where a lot of its crackle is.

Speed in prose is not something you hear much about. Certainly not enough.

Lucia’s “Panteón de Dolores” is a wide-ranging story with great emotional depth. But it also has her alacrity. Read the passage that begins “Not listening though” and continues through “because of the pollution level.”*

Or this: “Mama, you saw ugliness and evil everywhere, in everyone, in each place. Were you crazy or a seer?”

The last story Lucia wrote, “B.F. and Me,” is a small one. It has no wallop or big themes, no infanticides, no smuggling, no mother-daughter or reconciliation. In a way, that’s why its art is so remarkable. It’s gentle; but it’s fast.

She introduces the creaky old handyman who comes to work on her trailer, as follows:

[B.F. was] gasping and coughing after he climbed the three steps. He was an enormous man, tall, very fat and very old. Even when he was still outside catching his breath, I could smell him. Tobacco and dirty wool, rank alcoholic sweat. He had bloodshot baby-blue eyes that smiled. I liked him right away.

That “I liked him right away.” It’s nearly a non sequitur. And in the near non sequitur lies the speed. And the wit. (Just look what it tells us about “I.”)

With a writer of this caliber, you can often recognize the work in one sentence. Here is a sentence from that same, final story, still on B.F. and his aroma:

Bad smells can be nice.

It is pure Lucia Berlin. It’s so corny (“nice”), so close to being just dumb. But it’s true, and it’s deep. Beyond that, set off against her generally urbane voice, the sentence is almost disingenuous. Which is part of why it’s fast. The shift in tone, and even voice, sends us, just like that, into new terrain.

Too, the sentence is dry. (How could a bad smell really be “nice.”) Dryness, it so happens—where things are more, and other, than they seem—is fast.

Of B.F.’s stench—no, she can’t call it a stench. Reek? No. She has to reach over to British slang to find a term that’s strong enough but still has neutrality, still makes no judgment.

“Pong.” His pong. Which brings us to—Proust.

“The pong of him was madeleine-like for me.”

Who but Lucia Berlin would write that? The pong was madeleine-like.

Compiling the stories for this book has been a joy in countless ways. One was discovering that in the years since her last book and her death, the work had grown in stature.

Black Sparrow and her earlier publishers gave her a good run, and certainly she’s had one or two thousand dedicated readers. But that is far too few. The work will reward the most acute of readers, but there is nothing rarefied about it. On the contrary, it is inviting.

Still, the constraints of a small-press audience may, at the time, have been inevitable. After all, Lucia’s whole existence occurred, pretty much, outside.

West Coast bohemia, clerical and blue-collar work, laundromats, “meetings,” stores that sell “one-shoes,” and dwellings like that trailer were the backdrop of much of her adult life (throughout which, her genteel demeanor never flagged).

And it was, in fact, “outside” that gave her work its special strength.

From Boulder, she wrote to me (and here she alludes to her constant later companion, the oxygen tank):

Bay Area, New York and Mexico City [were the] only places I didn’t feel I was an other. I just got back from shopping and everybody kept on saying have a great day now and smiling at my oxygen tank as if it were a poodle or a child.

Myself, I can’t imagine anyone who wouldn’t want to read her.

* In Lucia’s prose, punctuation is often unorthodox and sometimes inconsistent. Speed is one of the reasons. She abhors the comma that results in a pause that would not be heard in speech, or that produces an undesired slowing of any kind. In other cases, the eschewal of a comma will result in a certain hectic quality that promotes momentum. For the most part, we have avoided sanitizing her punctuation. The same goes for a few grammatical quirks rooted in vernacular and a characteristic hurry-up shorthand. Stephen Emerson was Lucia Berlin’s close friend and constant correspondent from soon after their first meeting in 1978. His own books include Neighbors (stories, Tombouctou) and The Wife (short novel, Longriver Books). His work has appeared in New Directions in Poetry and Prose, Rolling Stock, Hambone, and The Review of Contemporary Fiction. Emerson worked as an editor for many years and, later, toiled in what Elmore Leonard called “the advertising game.” He has also been a tobacco picker, car mechanic, road striper, librarian, and voiceover artist. He is now writing new stories steadily, but slowly.

Lucia Berlin (1936-2004) worked brilliantly but sporadically throughout the 1960s, 1970s, and 1980s. Her stories are inspired by her early childhood in various Western mining towns; her glamorous teenage years in Santiago, Chile; three failed marriages; a lifelong problem with alcoholism; her years spent in Berkeley, New Mexico, and Mexico City; and the various jobs she later held to support her writing and her four sons. Sober and writing steadily by the 1990s, she took a visiting writer’s post at the University of Colorado Boulder in 1994 and was soon promoted to associate professor. In 2001, in failing health, she moved to Southern California to be near her sons. She died in 2004 in Marina del Rey.